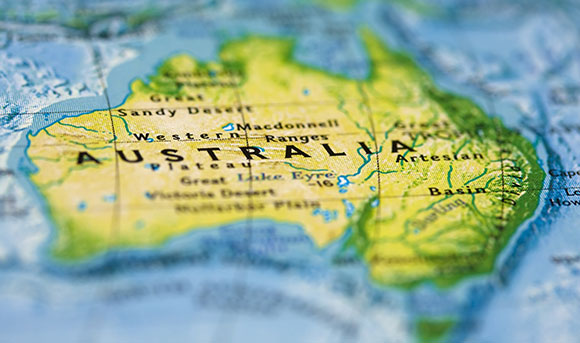 Australia is the sixth largest country on the map and is sometimes described as the Earth’s largest island or the world’s smallest continent.

Also referred to as The Land Down Under, Australia is located in the Southern Hemisphere below Indonesia and northwest of New Zealand.

This vast island nation is known for its diversity of animal and plant species (many of which are only found in Australia) and boasts over 10,000 beautiful beaches, as well as tropical rainforests, rugged deserts, scenic mountains, grassy hills, roaring rivers and mighty waterfalls.

Famous Australian natural landmarks include the Great Barrier Reef, found off of the northeastern coast of the country, and the magnificent, massive monolith known as Uluru (or Ayers Rock) located in the “Red Center” of Australia in Northern Territory.